Why is settling abroad a preferred choice for today’s generation?

It isn’t surprising to see parents theses days aspiring for their kids to settle abroad from the very young age. Indians are mesmerised by the west… Be it their culture, their lifestyle, the education or the employment opportunities. America and other developed countries have always been a dream land for Indians.

In Fact an individual settled abroad is considered anytime more successful than the one working in India irrespective of their company and position.
Why have Indians socially accepted settling abroad a better choice?
A very honest answer to this question would be the quality of life. America provides its citizens a better quality of life in lesser money spent than by an Indian.
One’s hard work and time is valued and respected. Citizens get value for their money and enjoy a peaceful luxurious life. Isn’t that’s how we all want to spent our lives…?
While US, UK is still a dream for many middle class Indians, The rich are fleeing the country in droves. The latest reports by wealth sector information consulting services reveals that as many as 61,000 millionaires have shifted base over high taxes and security concerns as well as better education opportunities for their children in last 14 years. Now we have reached a stage where almost every household has at least a member settled abroad.
What drives Indians to leave our country and settle abroad?

The reasons are invariable and many….

1. The first and the foremost is the money factor and is the root cause for Indians moving abroad. India being one of the countries that produce highly skilled individuals when it comes to technology and innovation. However inspite of being educated and intelligent…. people miss out on right opportunities because their caliber is not recognised. People having degrees in abundance are still sitting jobless.


2. Another very important reason is of course a high living standard. One can easily lead a good life even in lesser money most of us make in India. The transparency and well implemented system in place promises a good lifestyle and benefits for all its citizens.


3. Countries like America provides its citizens with many lucrative opportunities and packages as its the hub of multinational companies. Contrarily they have opportunities for less educated ones too.

4. Problems like unemployment, corruption and reservations are a big put off for well deserved Indians … America certainly works as a solution for those who can afford to go abroad.

5. Many Indians move abroad as they feel safe and secure in law abiding countries, where the chances of mishappening during the day light is far lesser than in India.


6. Respect for every individual irrespective of their job and earning is another big reason that gives one a sense of freedom to pursue ones interest away from the pressures in India.

7. Not just the big factors like economy, lifestyle, job opportunities but at times the small factors like culture and peoples mindset can be the driving force for many who are looking out for a personal freedom from their Indian counterparts, family pressures and social boundaries.

The above reasons are good enough for youngsters looking for a better life to get enticed by foreign destinations like US, UK, Australia that tops the list followed by UAE and Singapore.

It’s certainly a win win situation for families as well for youngsters who are settling abroad. It surely impacts the lifestyle of an Indian family who has a member earning abroad. Elderly parents whose kids are away from them can still lead a decent life
with the good monetary support that’s provided from kids living abroad.

Inspite of all the pluses, I still feel it’s a feeling of belongingness that is missed desperately in Indians living abroad. For any citizen to live in their own country provides a feeling of fulfilment and identity that is completely a miss as an NRI or a foreigner.

How much of talent can we afford to let go?

Aren’t we losing out on some great businessmen, some great scientists, doctors, engineers and highly creative Indians who would have added to our economy and served our people instead of a foreign country?

Why can we not have an equally good education system in India?
Aren’t we weakening our economy by investing our hard earned money in a foreign land ?

Moreover, Governments efforts to bring back the vast amounts of wealth accumulated abroad has been a failure. In fact the question of bringing back wealth doesn’t arise when rich themselves are fleeing the country.

These are few questions and many more need to be answered before we Re- think our decisions and prefer to stay in our home land. 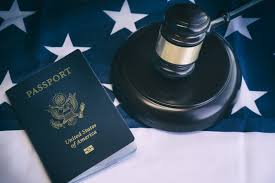