Unlock the imagination with #ColgateMagicalStories

When it comes to keeping our kids engaged, we oflten fall short of ideas. TV and gadgets are the easy way outs to keep them quite and busy for long and we often give in to their demands until we have something really interesting to keep their attention away from digital entertainment. These days when kids seem to lose touch with creativity, brands have gone wiser and they aren’t designing products for brands but for people interacting with them.

Like Scott Bedburry said, “A brand is a story that is always being told” stands so true for Colgate, check it out for yourself through this video –

Few days back when I received this colgate pack of three from BlogAdda for an activity called #ColgateMagicalStories I found the concept interesting and surely engaging for kids. Children usually find such stuff intriguing as it offers some kind of surprise along with the product. My little one was thrilled at the sight of the pack and started to unveil the pack curiously. No not because he is fond of brushing but because every pack came up with some kind of adventurous space characters that needed to be told in a form of a story. No doubts children are best at telling stories and using their imaginations in the most unique fashion. 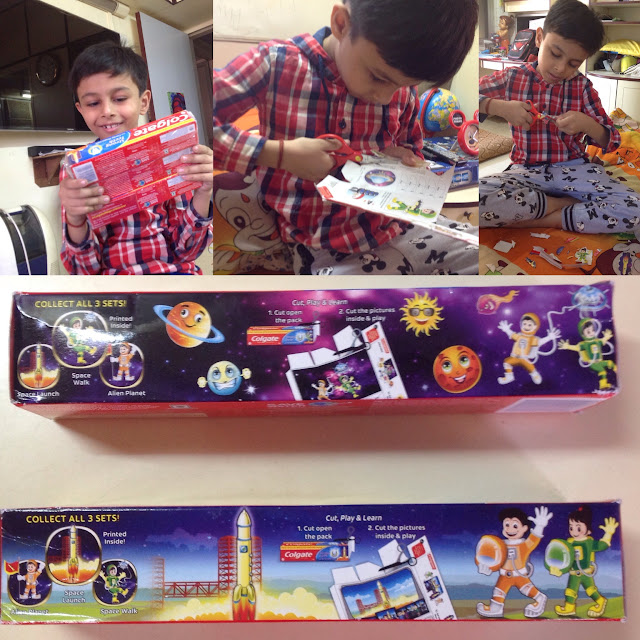 As he opened the packs one after the other, I could see the excitement! His imaginations had already begun to explore the space adventure with Astronauts,UFO, Aliens, Spacecraft and much more.

He immidiately related this space adventure to his favourite TV show “Miles From Tomorrowland” that he catches on Disney Junior. Soon he began to collect all the pieces and started to weave his magical story. Here is goes …. 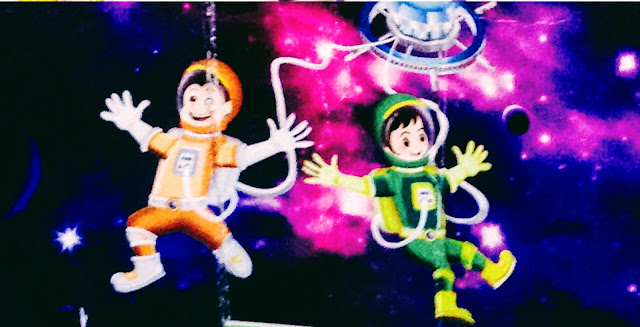 There were these two friends named ‘Juno’ and ‘Mike’ who were astronauts. One evening while Juno was returning home from Mike’s house, a sudden noise and lightening????in the sky caught his attention and he soon realised it was a spaceship. Without wasting any time he turned back and quickly got back to Mike’s house and shared a cause of his worry. With in minutes they realised that this is an aliens ???? spaceship and they are definitely here for a mission. They quickly informed the Spacecenter about this suspicious spaceship ???? and put everyone on Alert ????.
Within an hour they started to leave for the spacecenter to prepare themselves against any unforeseen incident that could cause damage to them and people around. But by now the spaceship was taking a turn to go back to the space. This appeared as though aliens ???? have something on their mind and they only wanted to test the waters from far before they could do any damage to people on earth.
Since Juno and Mike were all determined to leave no stones unturned. They called for an urgent meeting with their fellow astronauts and began to plan an urgent travel to space ???? tonight and figure out the suspicious ???? activity by aliens. 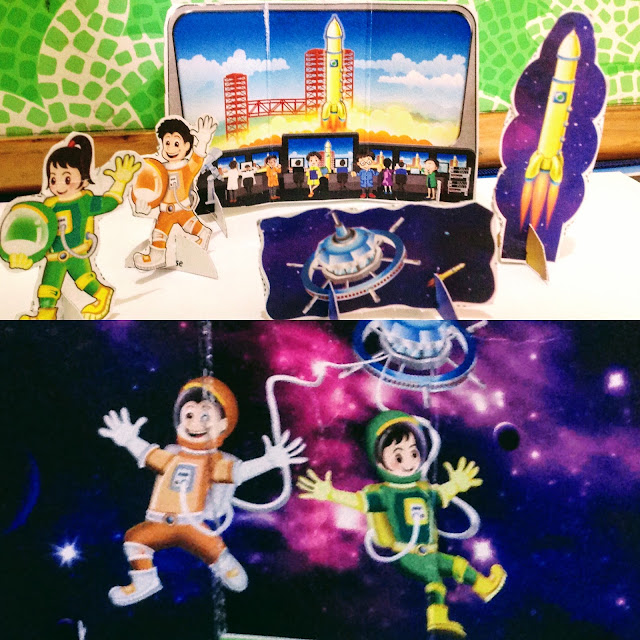 It was 8’O clock in the evening. Juno and Mike were all set to leave, dressed in their space suits. They soon launched a space shuttle????that could spy on any menacing activity in the space and signal the spacestation about it. While Juno left seperatly in his spacecraft. Mike accompanied another colleague of his named Shelby in the space-shuttle. As they were nearing the space they saw a bright flash⚡️and a huge smoke????erupt at a distance from them, it was nothing else but a meteor that could have caused huge devastation to their space-craft. They soon began to move in a different direction trying to escape from the effects of the meteor. However a huge piece strikes the window pan of the spacecraft like a bullet causing fear and discomfort. Juno immidiately pulls the window shield up to escape an further damage to the craft ????as well as him.
Mike took a different trajectory and was nearing landing on space ???? keeping his cameras ???? monitoring from all directions. After they had a safe landing they were just relaxed and started to chat
among themselves. 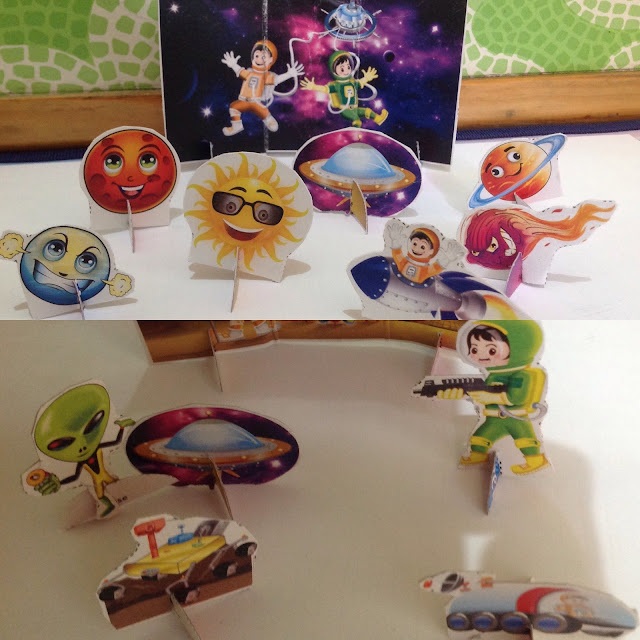 It was almost midnight and they began to feel tired and drowsy. Mike was fast asleep ???? when Shelby woke up with a sudden noise on her screen ????. She looked around and felt some movement around their spaceship. She went closer to the computer screen trying to look through the cameras and caught a sight of a creature that was moving towards them. She quickly alarmed Mike and coordinated with Juno to inform him of the strange movement. They watched for a while and then they began to shoot as they saw it nearing the spaceship. They were weaponed too. Within no time there appeared a large no. of those creatures and all of them firing towards the spaceship. Juno was in constant touch with the situation and he arrived from behind and started to attack them too.
They successfully destroyed them all but it wasn’t over yet. They were sure these aliens ???? are hiding somewhere in the space and they need to be dealt with. While they were still trying to gauge their exact location, they saw a small spaceship going away far in the space ???? they began to move in that direction and soon they were very close to them. They tried to initiate a conversation with them but Aliens straightaway refused and said “Humans are our biggest enimies on Earth  ???? ” Only if we destroy them we will be able to have peace in space ????

Shelby was listening to all the tension that was brewing up among Aliens ????  and them. She barged in and said human beings ????????would do no harm to you if you help us find an other planet that has life on it. We assure you if you help us in our mission, we will be committed to keep our promise of not doing any harm and in fact we can both have life together on the new planet. We can all stay happily. You can help us make the new planet even better than earth ????with your powers and our knowledge.

Something clicked to one of the heads in their group, who overheard the idea. He ordered all the Aliens ????to step back and agreed to help.
The whole team of aliens were taken a back with their masters decision but they had no choice but to abide by his words. Shelby, Mike and Juno were more than happy to see their mission of years coming true with the help of Aliens. 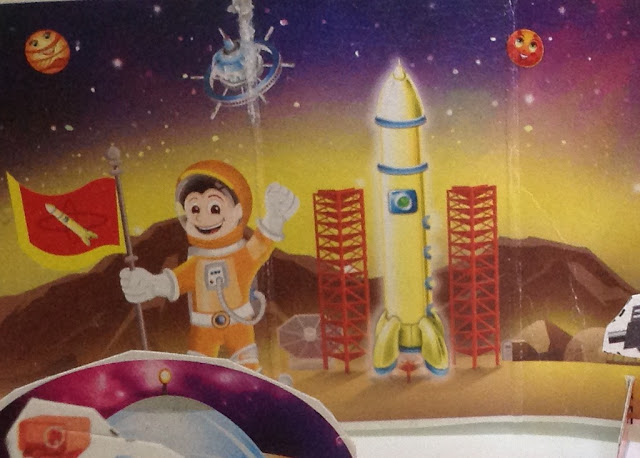 They began to travel as one team this time and after a travel of hundreds of miles they landed on a planet that was similar to earth and had small patches of water ???? and sunlight ☀️on it. They jumped with joy. Juno quickly took out the flag ????????  from his spacecraft and ran towards a huge rock to hoist the flag ⛳️ expressing the achievement and completion of their mission. Aliens looked surprised to see a piece of clothing hanging in air but didn’t take long to realise its a celebration ???? of their win together.

My child ???? had a great time using his creativity and imagination that brought his fantasies of adventurous world alive for few hours. Its a great way to unlock the imagination of your child while  ensuring bright and healthy teeth for their beautiful smiles.

* I am blogging my #ColgateMagicalStories at BlogAdda in association with Colgate.