A National Hero In the Making

Every child is born with a dream in their eyes.. It’s for us to read their minds and watch their actions to help them realize their dreams… When I gave birth to a baby boy .. I knew my house is gonna be filled with cars, bikes, superheroes and so on.. 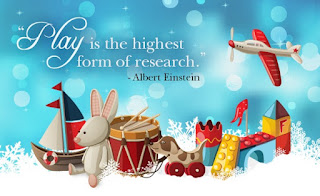 When he was around two, we walked in to a toy store to buy someone a birthday gift.. That’s when my little one pointed towards a gun and insisted that he wants one .. I was little apprehensive thinking should I or should I not ? am I introducing my toddler to killings and violence.. Many such thoughts ran through my mind.. But eventually I gave in to his demand but what kept my satisfaction was the fact that .. He didn’t know its called a gun…

Next thing he asks me is to stop by on the road out of a sudden.. And to my surprise he wanted to say hi to the cops standing by the road side .. He called out loudly hi police and waved his hands.. Was lucky enough to get a respond as they smilingly waved him back… He was on the top of the world .. Jumping and laughing as if he has met his hero … Anyways .. 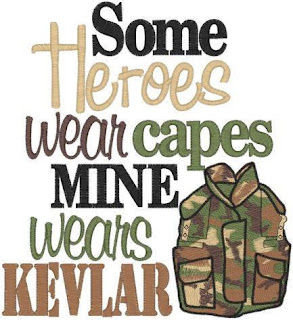 This time it was a fancy dress in school when he was in group1, I gave him as many choices as I could but he was damn sure he wanted to become a police, which wasn’t there on my list and insisted he wants the full police set. I was lucky enough to get one in his size after hopping from one shop to another. He was so thrilled to have one and just wanted to get back home as soon as he could .. Well I dressed him into it without any delay… He looked adorable and cute little police man .. 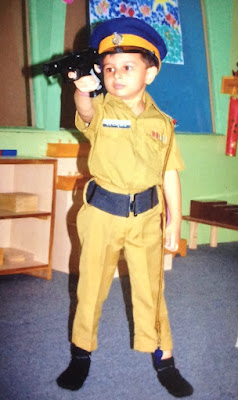 As I was ready to click some pictures, he said wait wait ran to the other room.. returned in a minute with his gun tucked in his pants… and his rescue operation was on the go.. Momma call me if you are in trouble .. Will put the bad guy in the locker and so on… It was a task getting him out of the dress until it started hurting him and finally agreed to take off just before bed time …

Soon after I visited my parents and he happened to see my dads uniform..from the time he had served in Indian Army. Last time when we visited them he had seen Nanu’s pictures in uniform but was too small to understand much.. But this time he was so fascinated by the look of his uniform, the cap, the boots that he wanted to wear it all.. Nanu happily entertained all his demands and questions … and shared his stories how they fought with the enemies to save their land … and encouraged his dreams by saying he can also become one .. if he eats well, stays fit and healthy.. 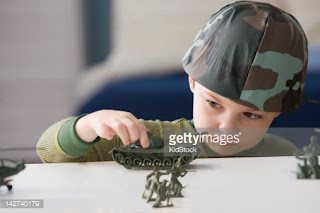 That day and today.. Nothing has changed .. He lives his dreams through his games, by sharing his made up stories with his friends, through his toys he collected later of an army soldier, an army tank, chopper and much more.. He looks so consumed in his thoughts when he watches an army soldier either in a movie, a photo in a magazine, newspapers.. Merely a mention of the word Army catches his attention instantly and one can see the glitter in his eyes, how his energy levels go up and he is ready to step into their shoes. 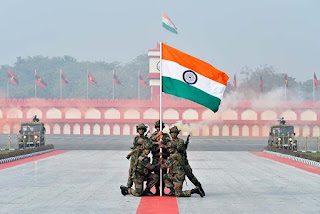 Independence Day was just not a holiday for him… he was so thrilled to go for a flag hosting with his army cap on which he brought from his Nanu’s house.. as he had to save his country from bad people who can attack us… His straight body posture with an excellent salute didn’t go unnoticed …. As he stood throughtout in the respect of the national anthem… Just as a real officer would do.

Today I realise that we have a Military Man in the making, who left me startled when I handed over a gun to him.. Least I knew it’s gonna act like a saviour for my baby’s dreams.. He feels so strong and fearless with a gun in his hands and keeps the courage to defeat the bad and the evil. Today’s kids know good from bad and will never choose a path until guided inappropriately. 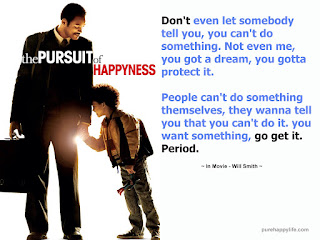 I am a proud daughter of an Army officer.. and I wish my little baby live his dream one day and make the whole country proud of his deeds. Here’s a true early starter trying to turn his aspirations into a reality and come out as a National Hero to make his mum and the world proud one day.