We can’t deny the fact that motherhood is one of the most beautiful experiences in the world.
It makes a women more compassionate, kind, giving, forbearing, soft and tender… It’s true to say a child gives birth to a mother, cause even a women who experiences this transformation wasn’t aware of the loving and caring side she had within herself before bearing a child. 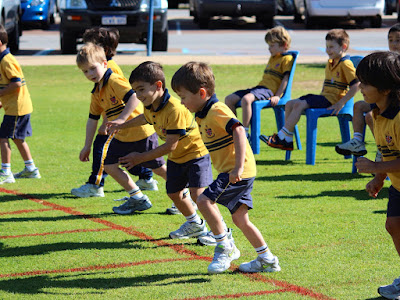 However this selfless love for the child can make mothers run into an unhealthy competition.

We all appreciate a competitive spirit, but how would you feel when some mothers get aggressive and exhibit over anxious and domineering behaviour when it comes to their kids win the competition? Believe me or not but it’s true that some parents become so abrasive in order to establish superiority among others.

I agree, as parents we feel proud and thrilled to see our little ones winning the race or being appreciated in a crowd or a group, However I have seen parents getting so carried away by the fact that their kid should perform the best that they start pressurizing the kid with repeated harsh behaviour and dialogues enforcing victory. At this age when kids are still in the process of learning and understanding the essence of competition … I feel parents should be glad to see their kids being a part of competition and trying to do as much they could rather than threatening them to win.

Is competition all about winning…?

I am more than happy to see my baby go and stand up there in the competition… Be it a race or any other match…. Let them be themselves, This is the age when they learn through experience and careful observation. I have seen mothers brain washing their kids and getting hyper before hand to ensure their kid win. Well I don’t mind you take the trophy home…. But not at the cost of hampering his confidence and self esteem through your stressful act.

Are we being unreasonable about our kids abilities ?

Every parent is the best judge for their kid and know what their child is capable of.. Setting unrealistic goals for your child will only have them doubt their abilities and lose faith in themselves. Encourage your kids to be a part of any challenge or a competition. Give them a liberty to try and fail.. Focus on their efforts rather than on outcome. Soon your kid will realize the true sense of achievement and develop a competitive spirit to take over the world by his best attempts.

Some parents might have a different opinion and question
what is wrong in being competitive ? Who doesn’t want to see their kids at the top?

Well it’s great to expose our kids to the world of competition and the number game, but we need to instill the values of a healthy competition. We don’t want kids to feel envy of the competitors if he /she fails to win. At times parents become so aggressively involved in such events that they don’t realize that their behaviour towards their kid and others can pass a wrong signal for their kids to see. yelling and pressurizing kids in front of others can demoralize them and they feel dejected if they
lose.

Forget kids even we mothers do better when we are not compared to other moms but are appreciated for what we are doing. Most mothers lose their capability and under-perform even for their own kids when they are being judged or interfered by others in the family.

This was an year ago, Like all other mums … Me too was bitten by the glamour world and applied for this fashion show for my kid. It was just two days before the audition was due … I thought of giving few tips to my son to prepare him for the audition… But you all know how a 4 yr old behaves… He was least interested and hardly paid any attention to what I was thrilled about… After many attempts trying to get his attention … and facing all his questions he finally agreed to walk and did little to my expectation to make me happy.

Well , today was the day of audition … After almost trying a bundle of clothes, I ended up dressing him smartly and was satisfied with the way he looked…

Anyways after reaching the venue, we still had half an hour … Instinctively got an idea that I can make him practice on the ramp where he has to perform … But had I forgotten that I was dealing with a 4 yr old … They usually don’t do what we want them to but they have their own moods and wants… Almost all the kids were walking running and practicing on the ramp… I almost felt like fighting a losing battle as my son refused to leave me and even step on the ramp …tried pushing him a few times, but soon realised if I continue to push him further I would end up spoiling his mood and there might be a scene created instead of a fashion show…. So I finally quit and sat quietly and engaged him in little fun talks and games ….

I saw him become comfortable to see his mum relax as he would see me otherwise. It was difficult for him to understand my sudden change of behaviour for no reason …It was me who was getting  impatient and stressed for my own needs of wanting to see my son make it in the final show more than my sons needs….After a long wait the audition started …The hall was full of parents with kids of all age groups… As they called the kids name …they were to walk the ramp and pose.

Looking at the other kids do so well, I was already disheartened…and knew my son has no scope. All I wanted him to at least leave my lap and go …. Just to keep me away from embarrassing in front of so many ppl. While my mind was busy predicting what would happen… Suddenly his name was called and to my utter surprise… He just got off his seat…went up the stairs walked like a star and posed like some superhero that came naturally to him. I couldn’t believe my eyes… He looked so relaxed as if he is been practicing for days… N as soon as he stepped down he asked .. Mamma did I walk well..? Are you proud of me? ..and everyone who heard laughed at his innocent act of confidence and passed me the smile …. I hugged him and said you did a great job my darling.

The whole experience left me so happy and proud that I really didn’t care if my son gets selected for the final show or not… I was more than happy to see him go up on to the stage in front of such big audience and do what he did.

What kept me thinking was, If the struggle and stress worth the fame of 15 min ?

He didn’t even know what battle I was fighting in my mind through out thinking for him to do well to get selected, but the ease with which he went and did so without even knowing what’s the reward
behind it …

Well, I get a call in few days and I was thrilled to hear that he was selected and he rocked the final show with his innocent style and confidence. 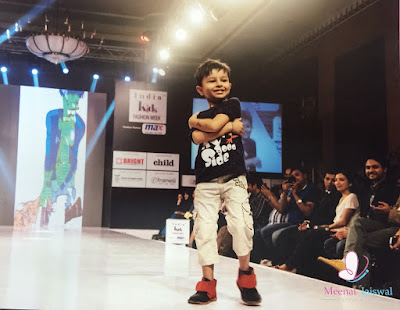 We as parents get so excited about whole concept of being in the limelight that we forget we are forcing us upon our little children.

Are we being mean by forcing our choices n happiness upon our kids ?

No doubt it feels great to see our eye candies doing such big deal at such a small age… But it kind of opened my eyes when I saw some parents really pushing their children to look good…and building pressures to walk as they want them to.  I saw some little girls who were just not  comfortable wearing their hair in certain way, but kept to all that glamorous look just to make their parents happy.

We being the best judge of our kids can also go wrong many times for our own selfish happiness.  By pushing them into something for the fame of 5 minutes..that means nothing to them but a big deal to parents.

I wouldn’t say we should not send them for competitions or encourage them to be in one… But also ensure the whole focus behind any competition should not just be winning … Anything that holds child’s interest, comfort and happiness should be the priority at this age… The whole experience should be made fun and learning so that they themselves enjoy being a part of it next time …But not because we want them to ….